Can I add photos taken in “burst mode” to my Upthere account?

Yes! When using the camera on your iOS or Android device, you can hold down the shutter button to take a series of photos in "burst mode". You can then extract individual shots from the burst to create standalone photos in the device's Photos app / Gallery, then add those photos to your Upthere account. And for Android devices other than Samsung, simply adding the burst mode photo to Upthere creates standalone photos of each shot in the burst.

Please refer to the following steps to add photos taken in burst mode to your Upthere account. Click the "Show / Hide Video Tutorial" links under each set of steps for a visual walk-through:

In the Photos app on your iOS device, tap on the photo that was taken in burst mode.  It appears as a single photo in the Photos list, but when selected, it shows “Burst (# photos)” located in the upper left corner: 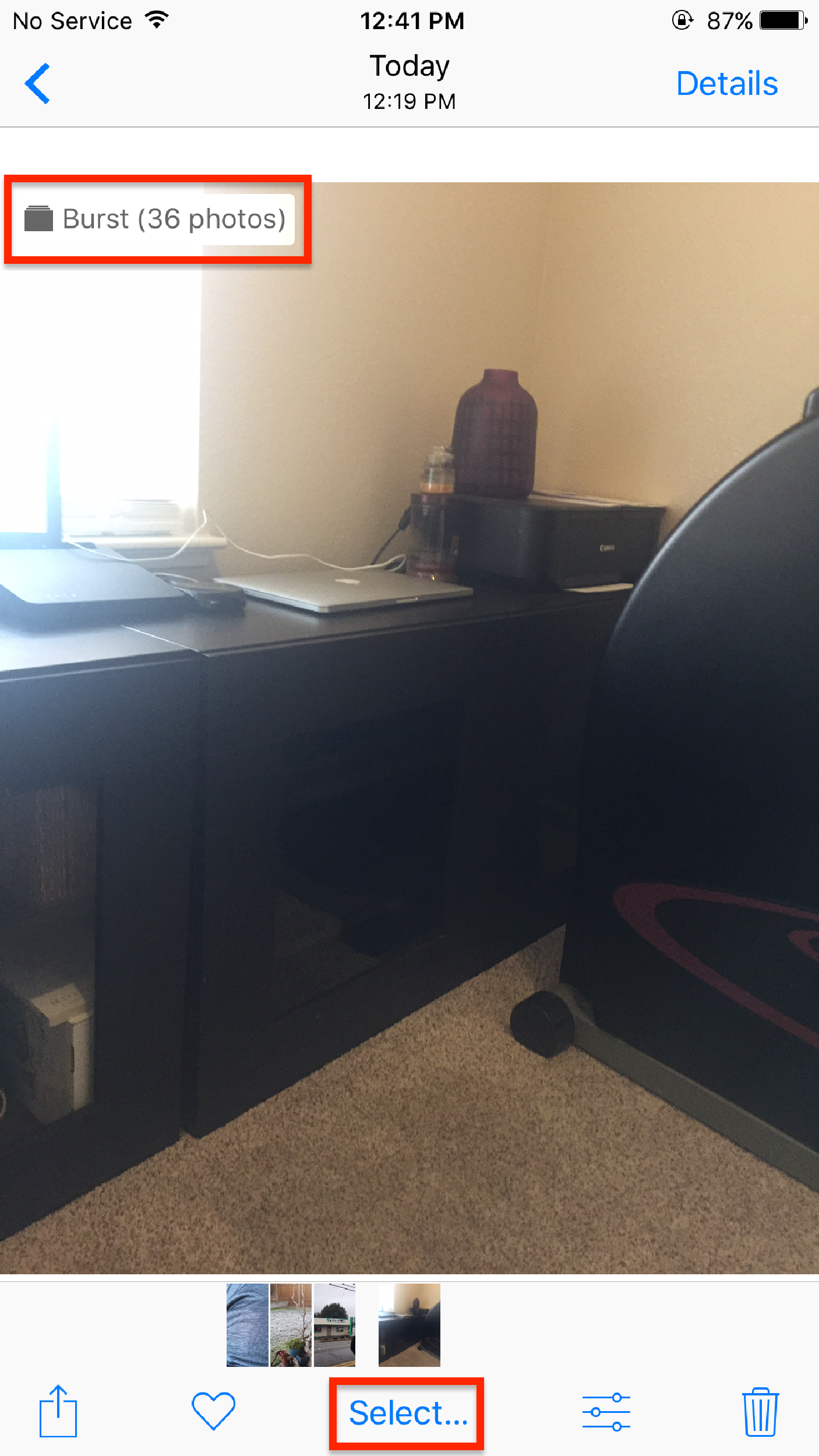 Tap “Select…” at the bottom of the screen

Note: The steps below are only needed for Android devices manufactured by Samsung.
For Android devices other than Samsung, none of these steps are needed - simply add your burst mode photo, and all individual shots of the burst are added as a separate file.

In the Gallery app on your Android device, tap on the photo that was taken in burst mode.  It appears as a single photo in the Photos list, but when selected, it shows an icon with the # of shots located in the middle of the photo.

Click on the icon in the middle of the photo - this displays a list of shots included in the burst located at the bottom of the screen.  Scroll through the shots to select one, then click "More" > "Save as new" in the upper right corner.

You've now extracted athe shot from the burst, and you've created a standalone photo in your Gallery.  Add this and any other photos you've created to your Upthere account using Android's "Share" option or Upthere Home's "Import" option.